I got back from New Zealand to find that Spring had arrived in the UK. Time to start working on my soil. 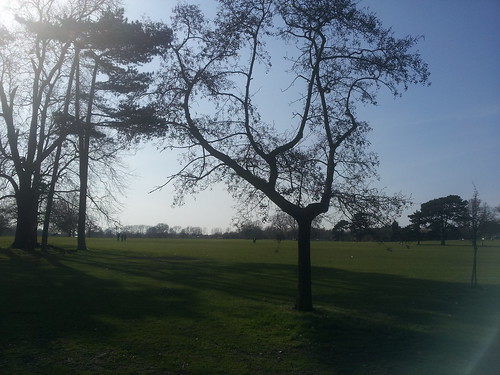 I might be moving at some point in the next few months (the above photo was taken on the way to a viewing), and a vegetable plot feels like a big commitment right now. So this year I’m focusing on the salad veg – quick-growing, money-saving and the salad mixes I make are better than any you can get in the supermarket.

I started digging my plot a couple of weekends ago. Last year I tried the “no-dig” method, covered my plot with cardboard over the winter and covered the cardboard with compost come spring. This worked quite well, but since spring was so late there was a bit more time for the cardboard to break down and the worms to mix everything together. This year spring is here early. I decided to dig again.

I’ve been a bit physically run down lately, so the digging led to a bad back. Two weeks and £90 spent on massages later, the back is better and I’m digging again. This time I got around to getting the compost out of my compost bin.

I have one of those Dalek compost bins that sits at one end of my plot, next to the mint and comfrey patch. 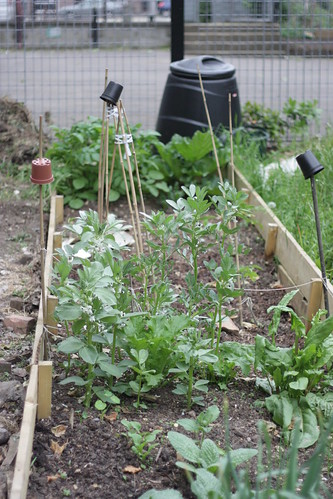 This is a picture from the first growing season showing the Dalek in situ – the paths are much better than that now!

I don’t turn my compost – this is not really by choice, but more because the compost aerator I bought doesn’t actually fit in the bin. So I layer it up instead. Mostly it is fed with the contents of my bokashi bin, layered up with plenty of corrugated cardboard (I have a steady supply, thanks to my internet shopping habit) and nettles weeded from neighbouring plots.

In case you haven’t heard of a bokashi bin, it is a bin for food waste that you keep in the kitchen. You can put any type of food waste in, cooked or uncooked, including meat. I chose this because I wanted to make it as easy as possible for my flatmates. You need to sprinkle a little special bokashi bran over the food waste, about a handful or so a day, and also keep air out as much as possible. The bran is treated with bacteria, which help to “pickle” the vegetable waste. When the bin is full you leave it for two weeks, and then dig it in or put it in the compost bin, whereupon it breaks down very quickly.

The compost bin has a hatch in the front but the easiest way to get the compost out is to lift the whole thing off the base. There were three distinct layers in the bin:

1. The uncomposted bokashi layer. This bokashi has only been in the bin for two weeks. 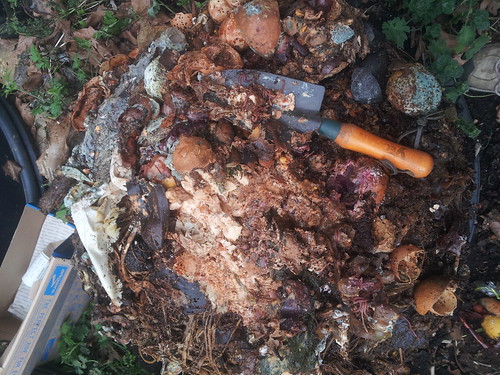 But look at all the worms getting to work! There’s an argument that worms aren’t necessarily a good thing, as they won’t appear in the compost bin running hot enough, but I produce compostable waste as such a slow rate that a hot bin is not the best way for me to go. 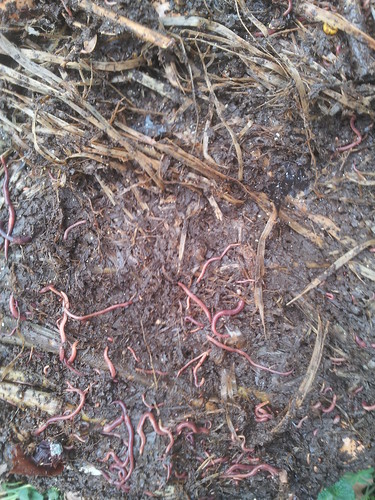 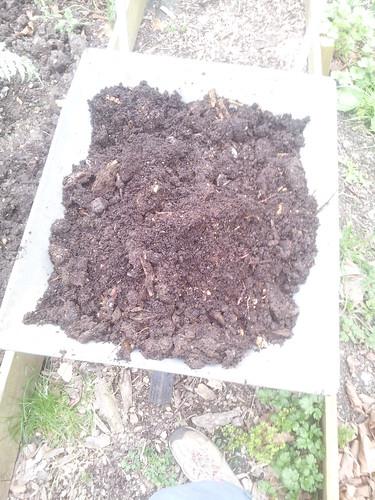 3. And finally, the crumbly dark stuff beneath. I got two wheelbarrows full. I’m really quite proud of my efforts! Now to wait for some things to grow…

For more on compost, I can highly recommend my friend Barbara’s site, Clever Composting. Check it out! My composting setup also includes a wormery – I’ll write about that at some future date.

I spent a couple of weeks in New Zealand at the start of the month. It was a sad, special time in a beautiful country. I thought I would share some of the photos with you. 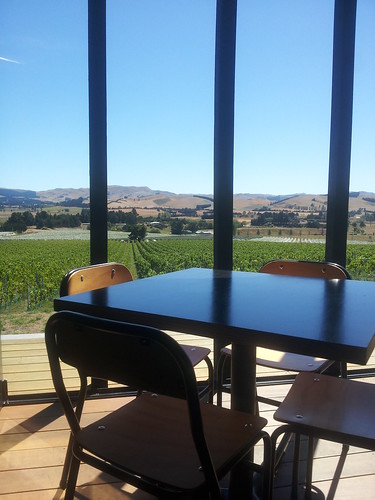 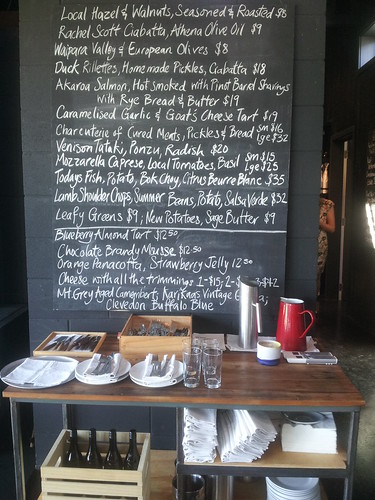 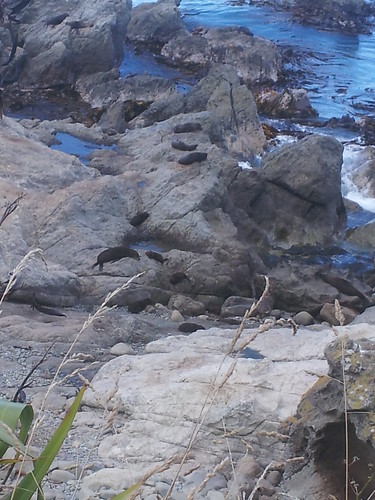 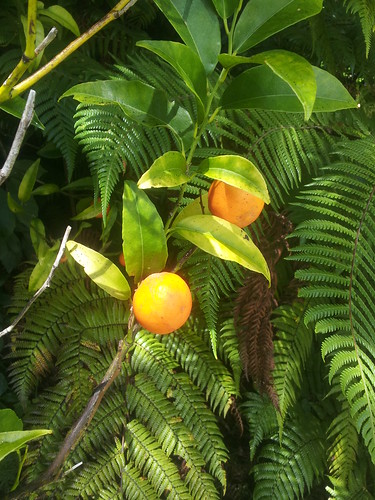 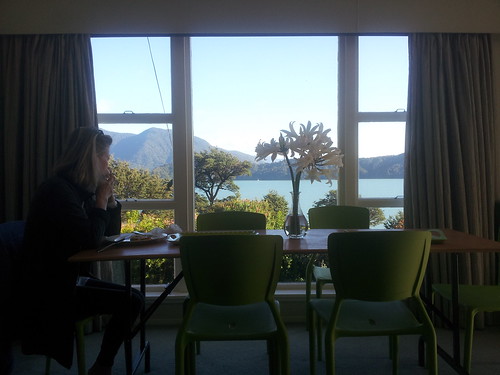 View from the breakfast table 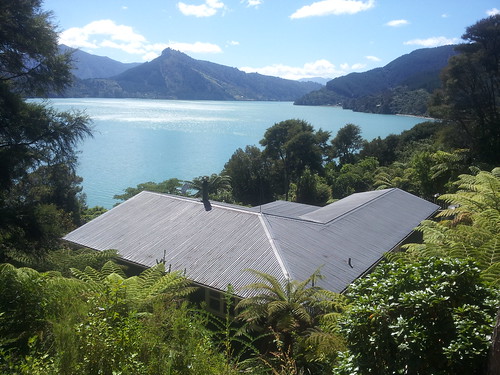 View from above the house 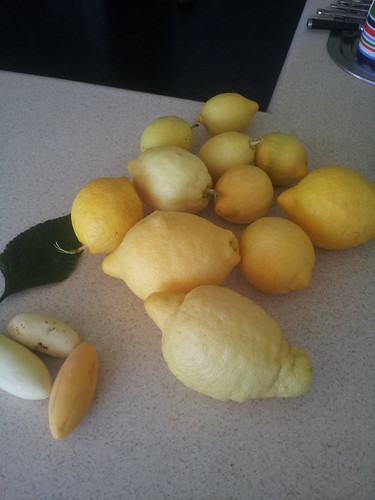 Lemons from the lemon tree were pressed into service for a Shrove Tuesday brunch. Those are wild passionfruit on the left. Also a shiso leaf – I found a plant in the garden. 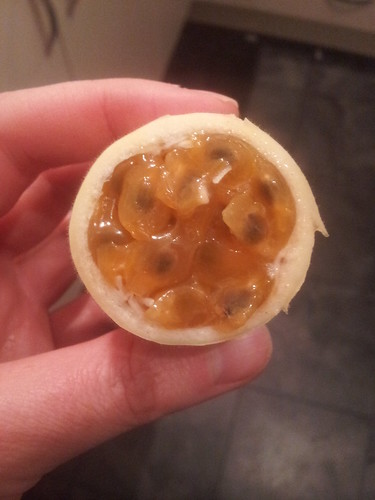 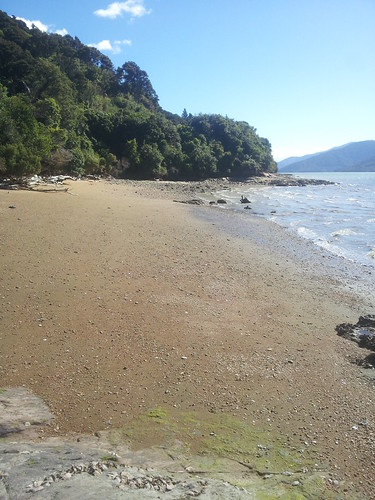 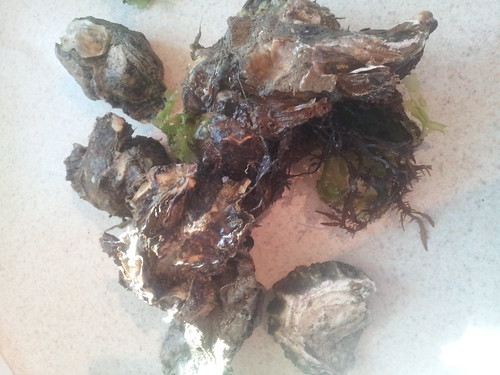 … which happened to be the right time to collect oysters. These are Pacific oysters and were the tastiest I have ever eaten (they taste better if you shuck them yourself) 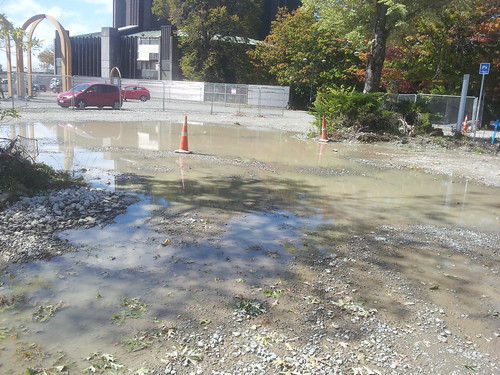 Christchurch was a very different place from the last time I saw it. $2 per hour to park your car here. 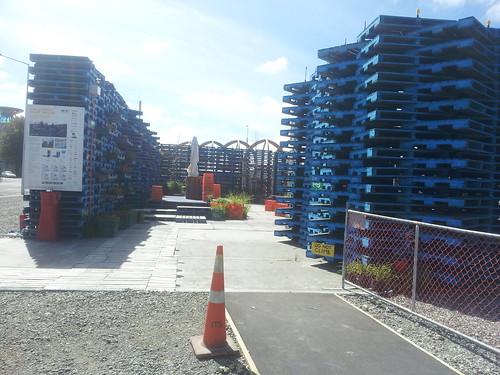 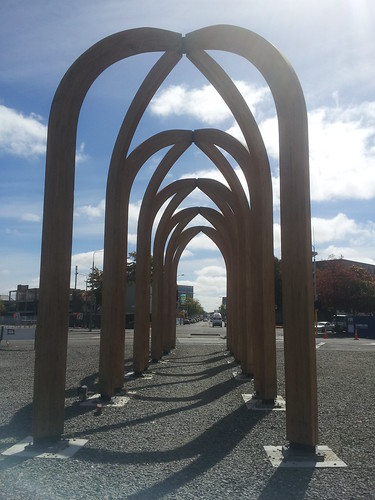 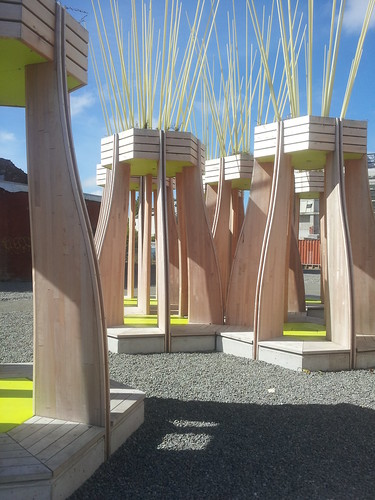 Some great public art around the place 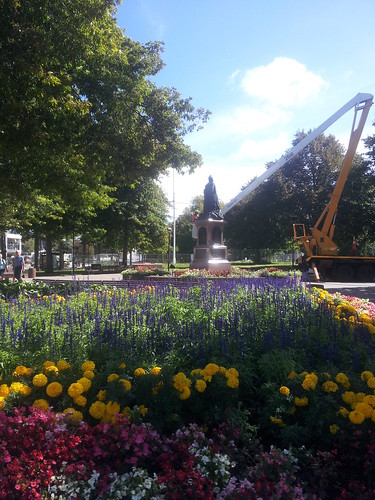 Queen Victoria gets a visit from a construction worker 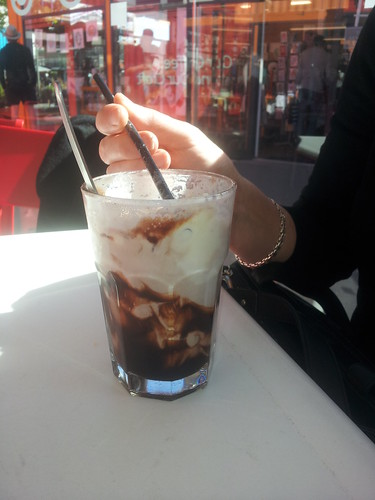 This is an iced chocolate. London, you need to learn this.