Seven weeks after moving in, I finished my bedroom.  I did it all myself, except for a friend kept me company while I cut the blind to size and another friend spent Sunday with me putting the furniture together.  I did it in snatches, an hour or two after work in the evening, a day in the weekend, while frantically trying to wrap things up at work ready to start my new job.

So without further ado, let’s look at my bedroom before: 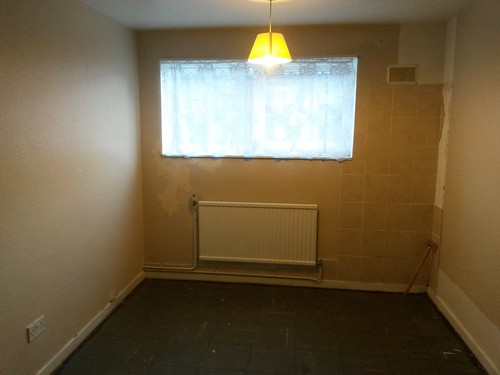 Almost before anyway – I couldn’t resist chipping some of those tiles off.  And it did have some furniture in it but I got Shelter to come and pick it up.  At a time where the housing crisis is on all of the front pages it feels like a good charity to support, when I’ve finally got some security of my own.  Thanks so much to them for collecting, it was a huge help to me too.

Take another look at that photo – tiles on the walls, woodchip wallpaper (oh yes, I scraped some of that off before taking the photo), and inexplicable areas of bare painted wall too.

Time for some PPE: 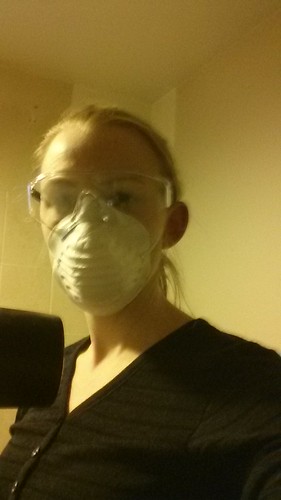 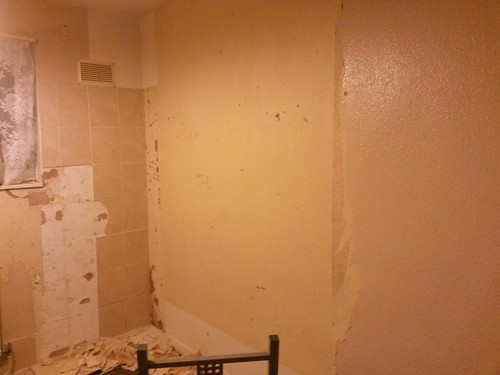 I borrowed a friend’s wallpaper steamer – brilliant!  Although it made the flat very damp – I opened the window as much as it could, when it wasn’t raining anyway. 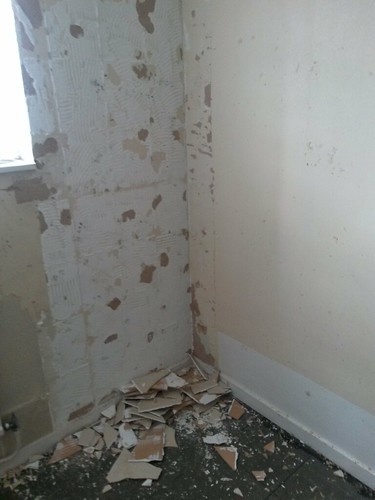 The steamer was good at getting the tile adhesive off too, but it still left a big mess. 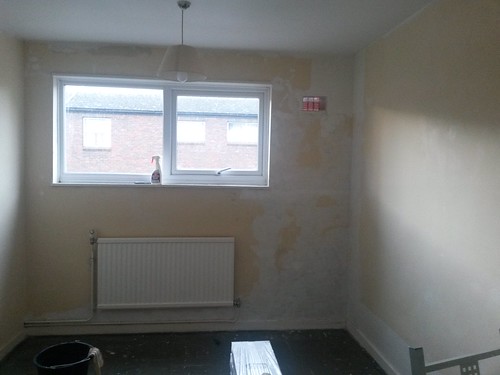 Walls cleaned up and patched. 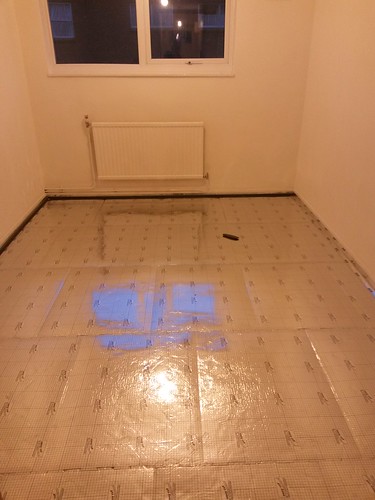 Ceiling and walls painted and underlay down.  I used a damp-proof, insulating underlay as I’m above a garage and have a concrete floor. 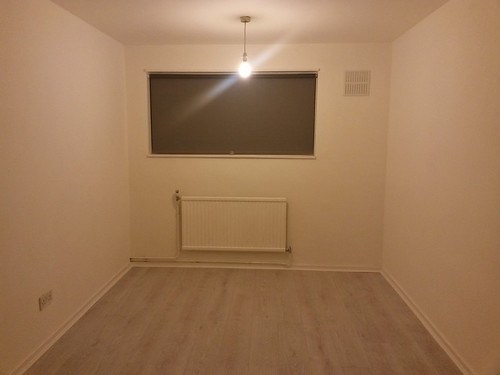 It took me most of a weekend, but I got the laminate floor in.  I got the highest quality, meaning my floors are now 17mm thick with the wood and underlay.  Turns out I’m pretty handy with a jigsaw. 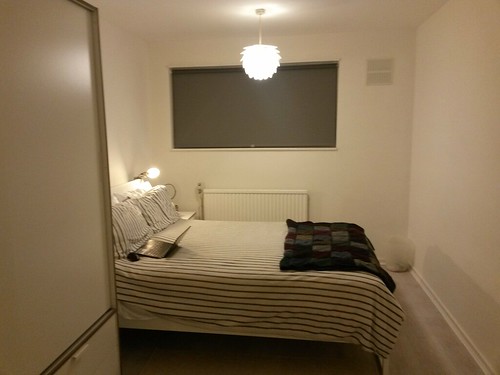 Finally some furniture.  The bed and wardrobe are from the Ikea Trysil range.  It’s one of their cheaper ranges but it had the clean but comfortable feel I was going for.  The bedhead is angled, which is great for sitting up in bed.  The bedding is the John Lewis Logan set.  The blanket I made myself from leftover wool over the course of four years.  And the light shade is the Vita Silvia mini from Heal’s.

I wouldn’t say it’s finished yet – I have my eye on a couple of designer pieces, and I want some sheer white curtains over the blackout blinds.  But it’s finished enough that I’m ready to turn my attention to other rooms for the time being.  Next up is the bathroom, which I must admit I’m turning over to someone else to take care of entirely!  I know my limits.

From this experience though I’d like to encourage anyone thinking about doing their own decorating to definitely give it a go.  It’s time-consuming and frustrating, but there’s nothing you can’t do armed with some quality tools and a few YouTube videos.

What are your best DIY tips?

6 thoughts on “My new sanctuary”